This product is great IMO because of one thing I...

Home ::  What Is Rally Racing?

What Is Rally Racing?

Rallying amounts to a "pedal to the metal" race over closed sections of rural roads by modified production automobiles. If you have ever experienced the joy of hustling a powerful and tight-handling sports car down a twisty country road then you've got part of the idea already. Rally cars may blast through the Arizona desert during the heat of summer or hurtle down an icy Maine logging trail during the dead of winter. Whatever the venue, the action is as spectacular as it is unpredictable. 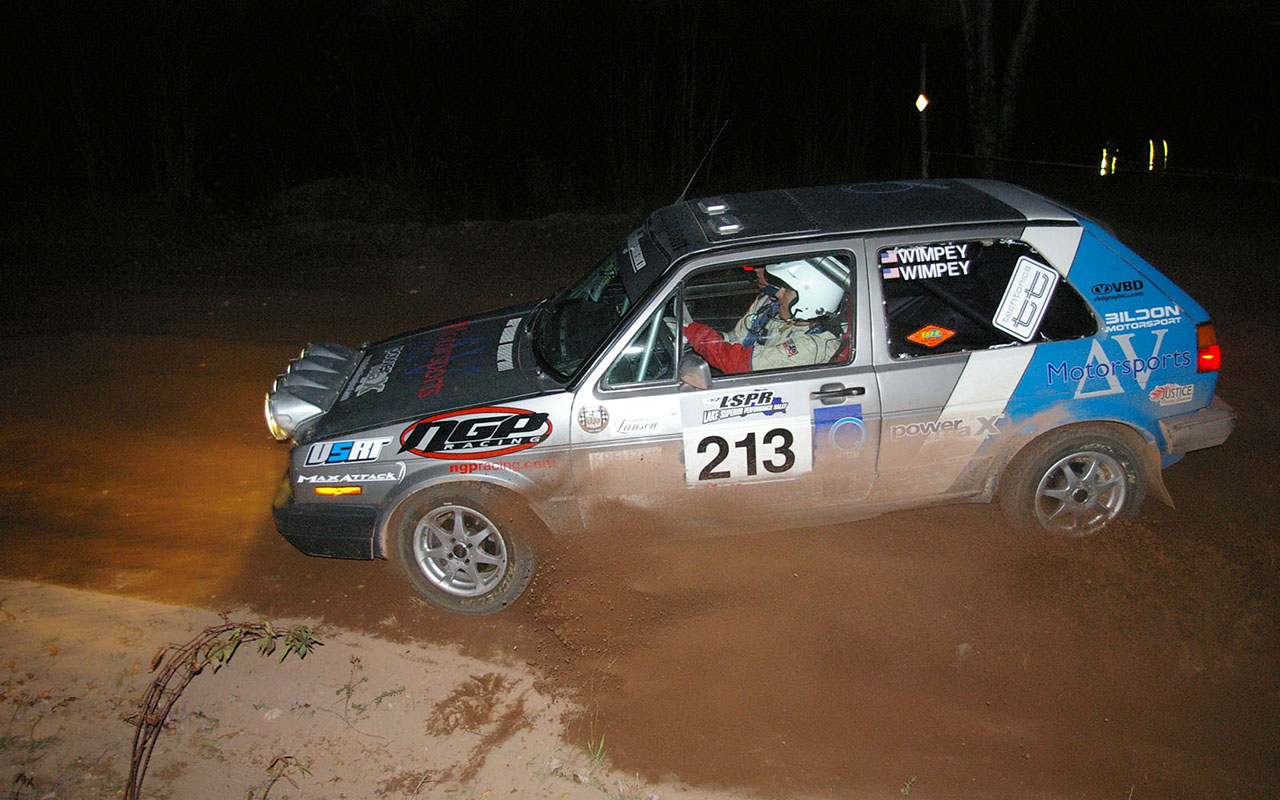 Rallying is different than most car racing in that:

1. Competitors race one car at a time against the clock, usually at one minute intervals.

2. Flat-out racing is done on limited access roads, blocked off from "civilian" traffic, rather than on prepared tracks. A notable exception is, the Maine Forest Rally, which actually brings the cars rocketing through the middle of town -right down Main Street at 100mph!

4. Each car has a driver and a co-driver (or navigator).

5. In-between the racing stages, the cars travel over public roads and are required to obey all traffic laws 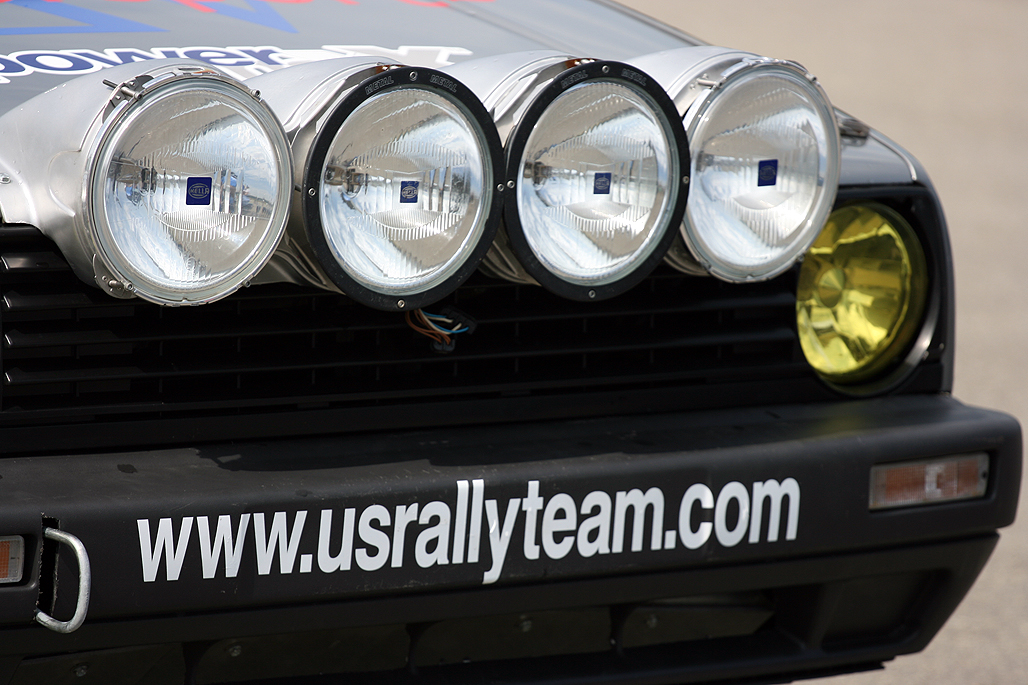 How does all this work?

Details vary with various event formats. Rally racing teams are typically given a route book just prior to the start of the event. It charts and describes the course in detail with diagrams or notations about turns, warnings of water crossing, jumps, cautions, and spectators, etc. The co-driver (navigator) uses this book as well as local maps, and a multifunction rally computer/odometer to keep the driver on course and on time. Sometimes, the course is pre-run at slow speed to improve the basic notes. 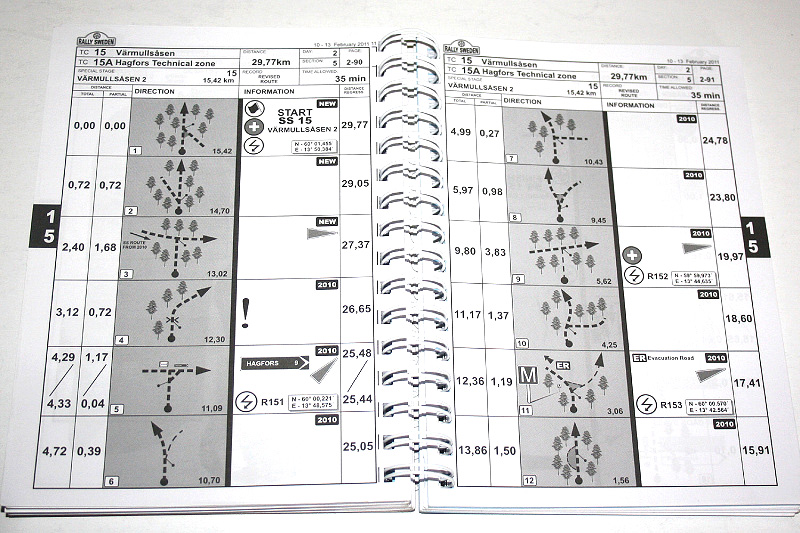 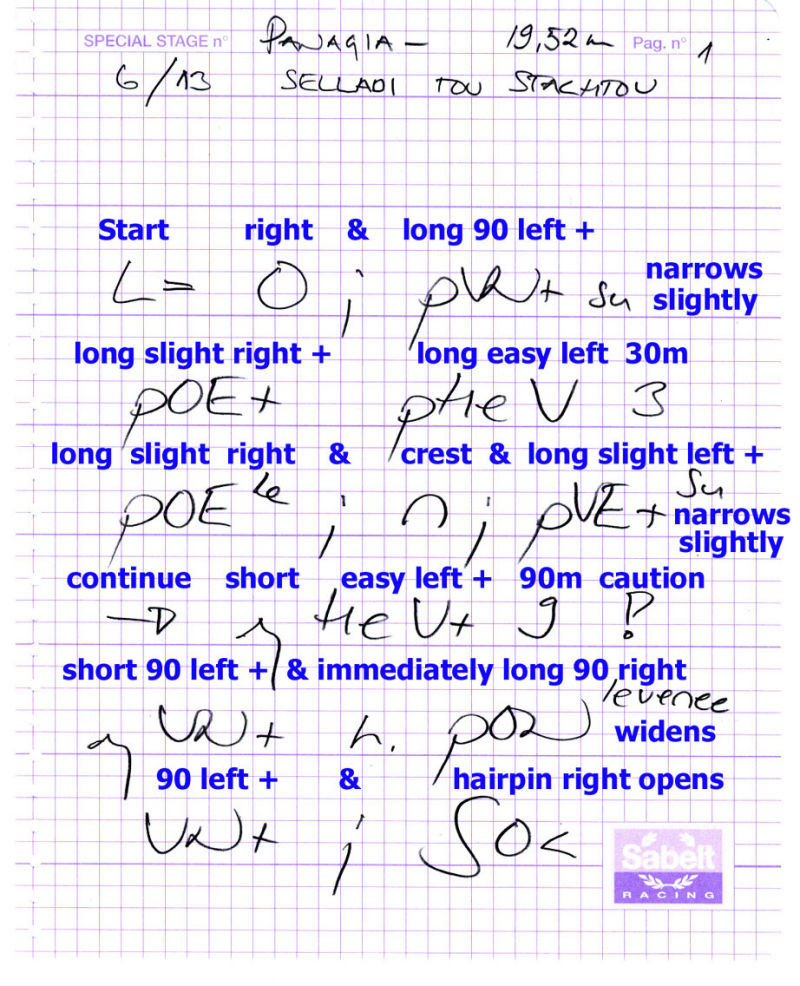 The race consists of a number of sections that the competing crews must complete. These sections consist of "transit" stages, and "special" or competitive section. The entire event, from start to finish, is composed of these stages. The transit section is the part of the rally that takes place on normal open roads, and is basically used to get the competing cars from one special stage to the next. Often there is time allowed for crews to service their cars during these sections. 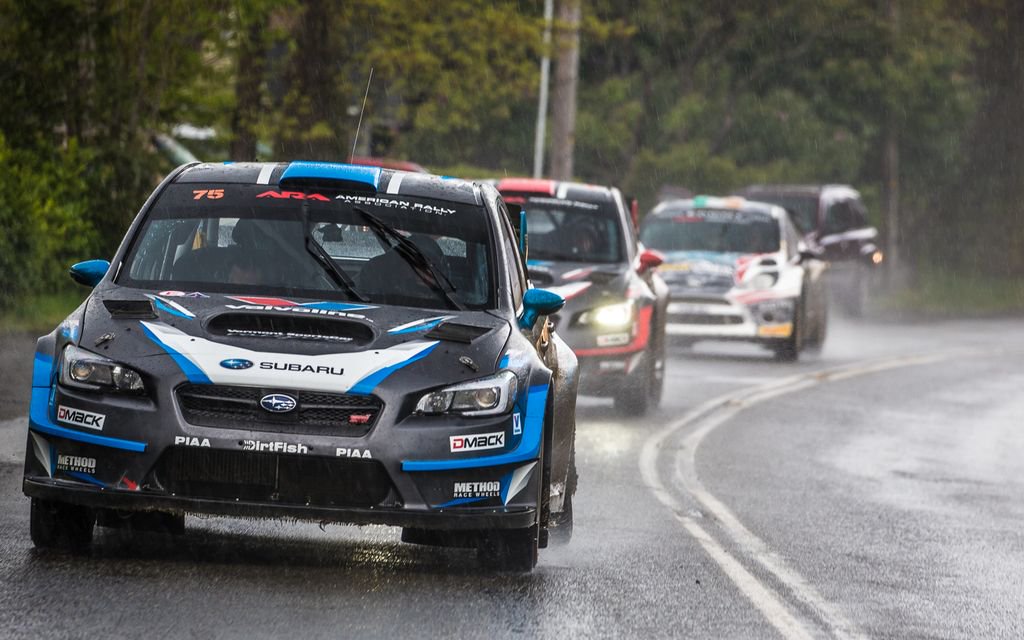 Special stages are closed to other traffic and road laws are suspended for the duration of the event. The aim in a competitive section is to get to finish of the section as quickly as possible. Cars usually start these stages at one-minute intervals, so in theory, they never have to overtake each other, and the rally is simply a race against the clock. However, if a crew catches another car, the car being caught is obliged to give way to the faster car, pull over and let them through. This can be pretty wild, though, as a narrow tree-lined road is dangerous enough to contend with by itself. 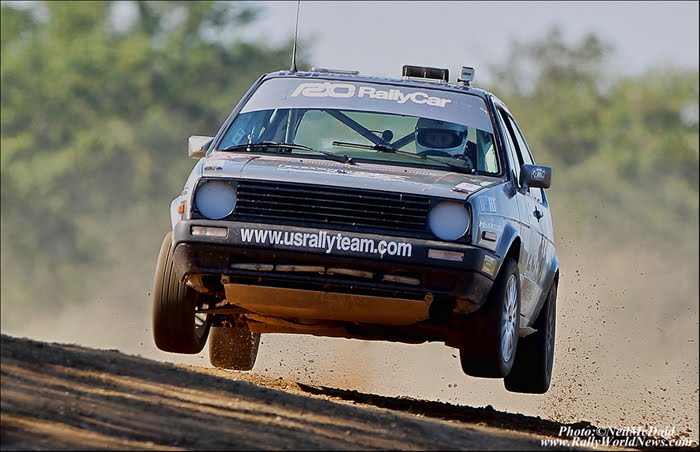 So, what has this got to do with your street car?
Rally cars are built to withstand real-world driving conditions. Our racing takes place on public roads -the good, the bad, and the very ugly! So, while a true road race car is an unruly and fragile beast on the street, a rally car is always within its element. Also, since rally cars travel public roads during events they must be kept (basically) street legal. It is natural, then, that our tuning methodology crosses over easily from rally to street application. Drive bloody fast and don't break. Those are our top priorities!